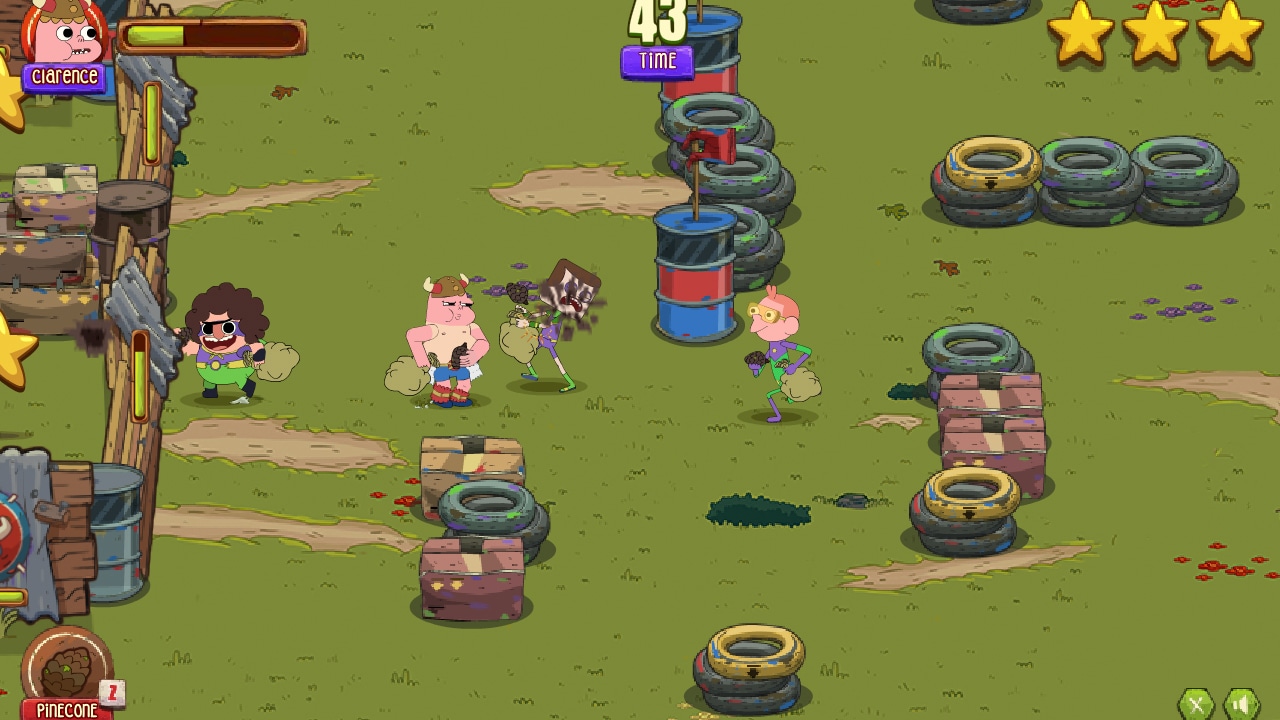 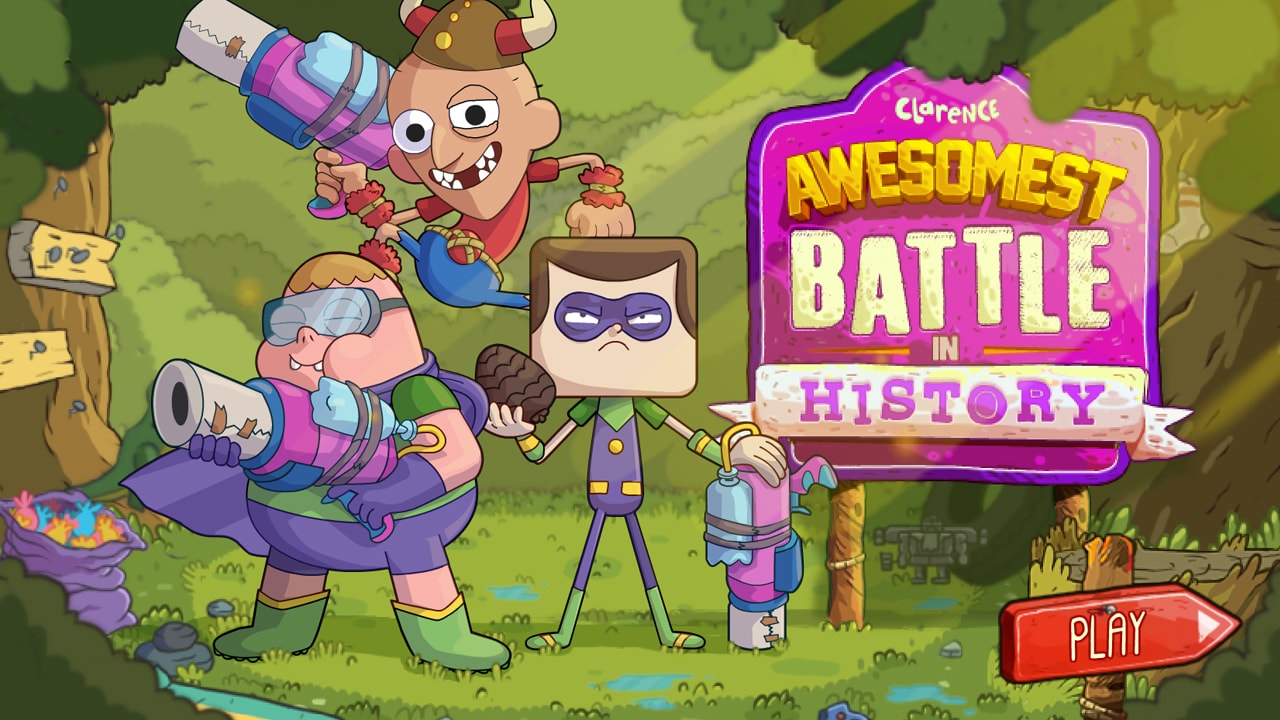 Awesomest Battle in History finds Clarence and his buddies in a fantastical fight between Vikings and superheroes. Choose a side and battle to take over the most turf in Aberdale. Use water balloons, pinecones, mud balls and other silly weapons in locations like Rough Riders, Food Cousins, Pizza Swamp and Clarence's neighborhood. Fight alongside (or against) Clarence's classmates like Jeff, Sumo and Belson. Play Awesomest Battle in History and other free Clarence games on Cartoon Network.

SEE ALL GAMES FROM: Clarence